‘Alzheimer’s – we can cure it’ with Dr Sam Cohen 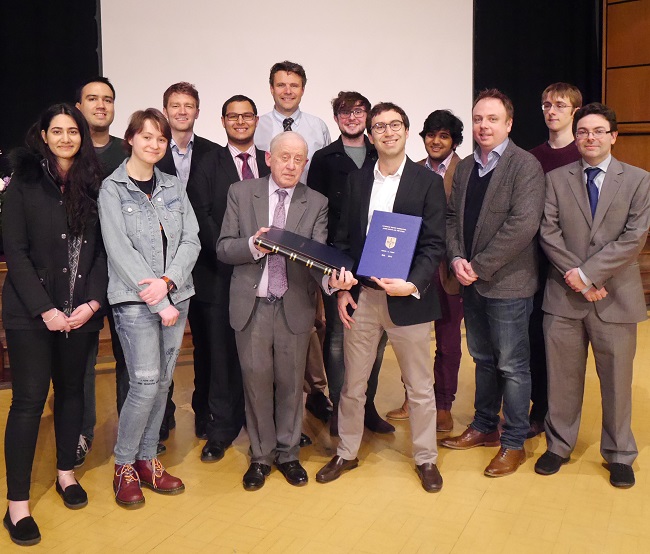 It is 116 years since Alzheimer’s disease was identified, yet it remains one of the biggest medical and social challenges of our generation and we have done little to address it.

Confusing Alzheimer’s with ageing has cost decades of research time into a disease which can be treated and cured, according to researcher Dr Sam Cohen (OL05).

Dr Cohen was speaking to an audience at GSAL where he was giving the seventh in the Mark Bailey lecture series, which was established as an annual public lecture in honour of the former head of Leeds Grammar School and GSAL.

Dr Cohen said: “It is 116 years since Alzheimer’s disease was identified, yet it remains one of the biggest medical and social challenges of our generation and we have done little to address it. Alzheimer’s patients can’t speak up. Their carers are too worn out to advocate for change. I believe it really is down to us. Together we have to speak up for them and together I’m confident we can find a cure.”

During his talk Dr Cohen explained the background to this lack of progress in tackling Alzheimer’s and outlined the work that he and a team of researchers are doing at Cambridge University.

While this research is unlikely to lead directly to drug development, he said, it can be used as a starting point for investigating possible therapies, which is critical in tackling a disease that affects over 800,000 people in the UK, as well as the many who care for them. However he made the point that unless research into Alzheimer’s is prioritised like it is for diseases such as cancer, progress will stall.

Following 11 years at Leeds Grammar School, Dr Cohen completed a degree in physics and a PhD in biophysical chemistry from the University of Cambridge, and is now a research fellow at St John’s College, Cambridge. He is a lead author of a study published in 2015 in the journal Nature Structural & Molecular Biology, which identified a crucial molecule that could slow the accumulation of the protein tangles in the brain that cause Alzheimer’s disease.

Before the lecture Dr Cohen paid tribute to his former teacher Derek Fry, saying that his GCSE in astronomy taught by Mr Fry still ranks as one of his most prized achievements.

He said: “I’d very much like to dedicate this lecture to Mr Fry and thank him for spurring and nurturing my early interest in science without which I wouldn’t be here talking to you today.”

As a mark of gratitude Dr Cohen presented Mr Fry with a copy of his PhD thesis and an album filled with dedications and messages from current and former students.

Dr Cohen and Mr Fry are pictured with some of the alumni who attended the lecture.