GSAL students return from COP26 with a key message 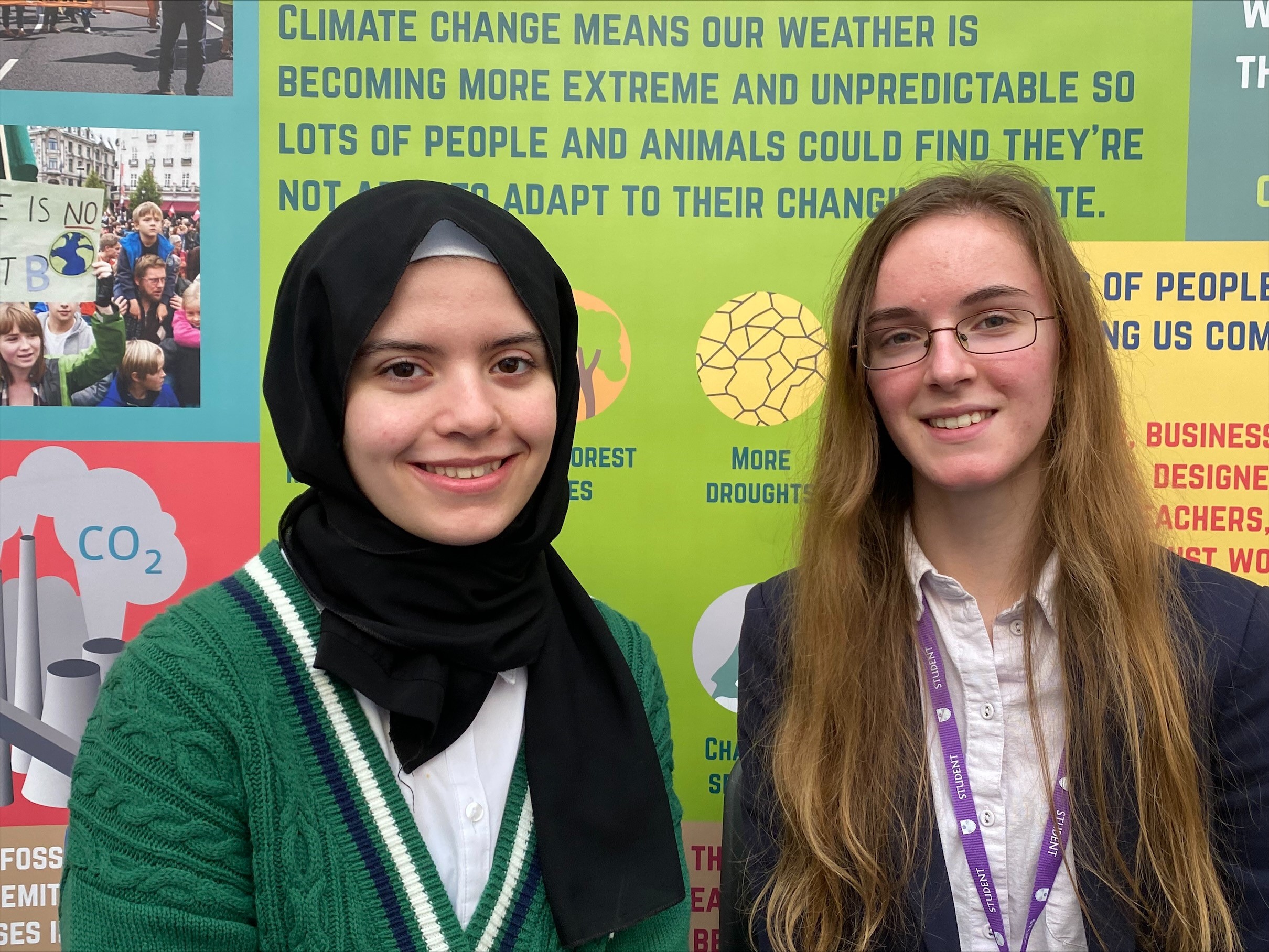 Having represented the Yorkshire region at the recent COP26 UN Climate Change Conference, two sixth form students from The Grammar School at Leeds (GSAL) now stress the importance of action to reduce the worst impacts of climate change.

Abi and Rayan were selected to attend the influential global conference by the UK Schools Sustainability Network (UKSSN), after they learned about the opportunity through school. Both students feel passionately about the environment and want to play a part in affecting change. Abi says: “I wanted to connect with people and get more young people involved. Often teenagers don’t really get a voice in anything.”

Abi was one of two students selected by UKSSN to represent Yorkshire in person at the conference. During her four days in Glasgow, she worked with a small group of UK students, networking with other COP26 participants. While in the conference Green Zone, she also spoke to Alok Sharma MP, President of COP26.

Abi explains, “We spoke to people about climate anxiety and how that affects young people. We also encouraged people to write to their MPs and world leaders.”

Meanwhile, Rayan was busy with Zoom meetings, as part of a team of students attending the conference virtually. Rayan also led the UKSSN’s social media team to engage as many people as possible in their work.

Both students now stress the importance of actions following on from the COP26 agreement. Rayan says: “I learned that everyone can make a small difference and create a change.”

Abi agrees that by consuming less and taking steps such as eating less meat everyone can play their part. She is also excited by the work being done by grassroots organisations: “It was amazing to speak to so many passionate people, which shows we’re not just reliant on governments. There are initiatives outside of that which are really taking off.”

On a practical level, both students are keen to carry on their involvement with the UKSSN, and relay what they learned to the GSAL student body and wider community.

Abi says: “All the students are talking to each other on social media, trying to organise how we can work between schools. That was the wider message I took away from the conference: the importance of connections and community. We all need to work together as the climate crisis is a planetary issue – it needs systemic change.”