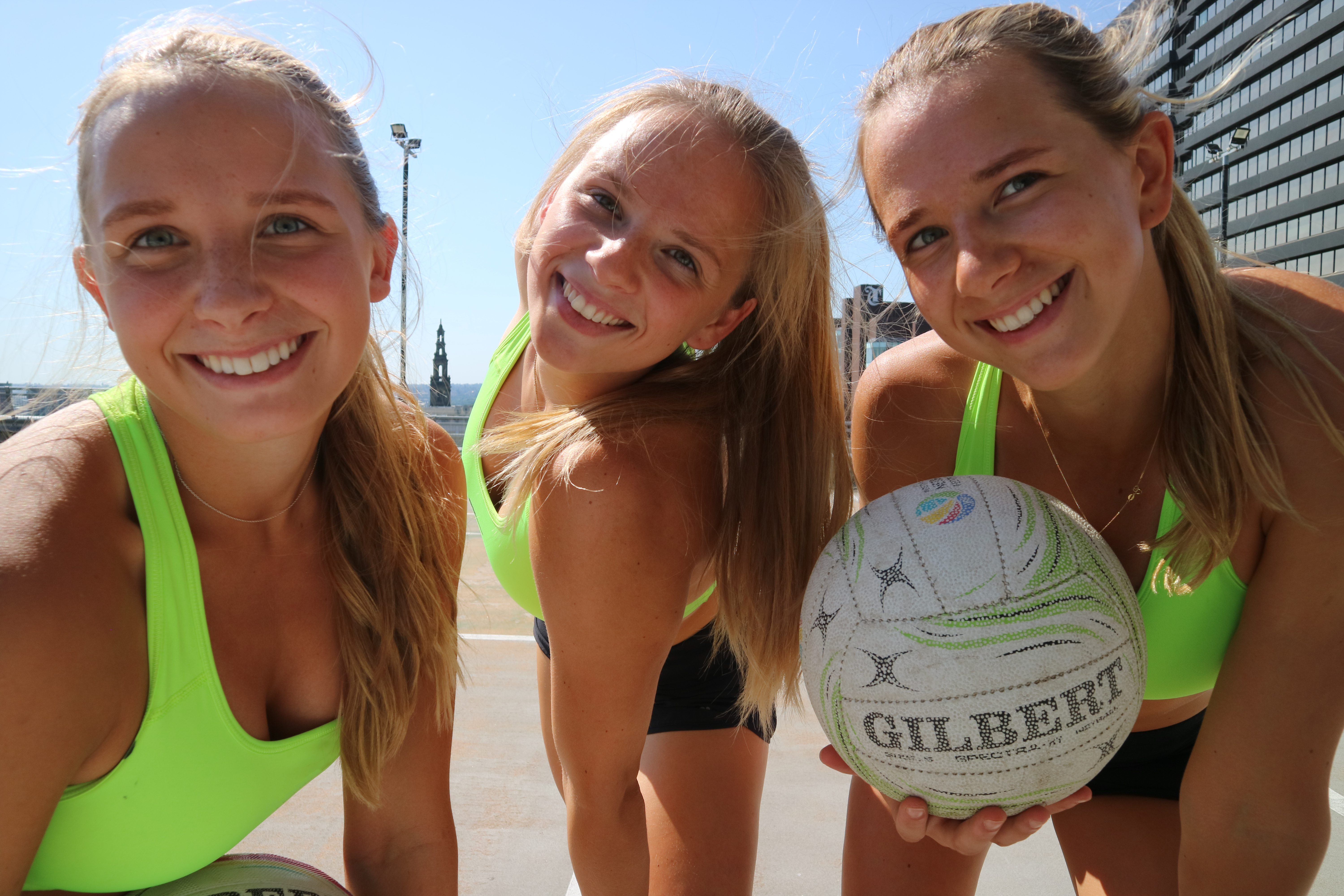 The three Harris sisters Lucy (GSAL 14), Rosie (GSAL16) and Molly (GSAL19) are using their experience on the netball court to help other young players achieve success.

The idea for the business came to them during the first lockdown last March when they were all either on a break from education or furloughed.

Lucy said: “The NETU idea allowed us to keep engaged in our own sport when we couldn’t access training or our teammates, and also helped us to reach out to young athletes who were also feeling isolated from the sport they love.

She said that the response to the new business had been amazing, with more than 300 athletes joining their online netball fitness programme since November. They are also currently running virtual training for four elite netball performance academies from Cornwall to Yorkshire.

“We are also running weekly Zoom sessions for approximately 200 athletes through club and school sessions”, said Lucy, “and we have been able to reach out to young female athletes by putting on performance talks and Q and A sessions, hopefully inspiring them to develop a high-performance mindset and continue to enjoy their sport.”

All sessions are online at the moment however, the sisters are following government guidelines and hoping to be able to host outdoor sessions for groups of six from 29 March.

All three started playing netball while pupils at Ford House or GSAL Junior School. During their Senior School years they played a central role in the success of GSAL netballing, helping the school to success in county, regional and national competitions.

Rosie and Lucy even found themselves up against each other twice in the finals of the Super League, with Lucy wearing her gold medals to breakfast the following mornings on both occasions!

All three girls are still playing competitive netball. Lucy, who has represented Yorkshire Jets and become a two-time champion with Wasps, is currently signed to the Severn Stars; Rosie has played professional netball for four years and has recently been signed by the new Leeds Rhinos team; and Molly is the current captain of Northumbria’s National Performance League U21s team.

With so much competition running in the family, how easy is it to work together at NETU?

Lucy said: “It has definitely brought us closer together. We all share a passion for netball and growth of female sport in general which provides incredible physical and mental health benefits. It is really easy for us to be brutally honest with each other, so there’s no holding our opinions or issues back, which makes for a really well functioning business.”