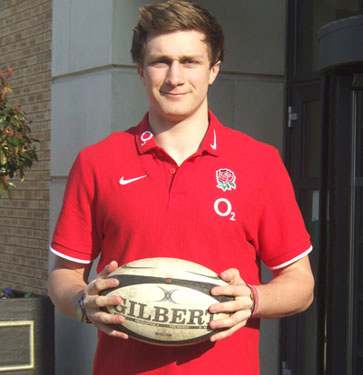 Talented rugby union player Hugo Govett has been selected to play for the England U18 squad.

This follows his success playing for the North of England squad in the divisional tournament where he scored a try in the match against the South West and his skilful play was spotted by England selectors who were present.

Hugo, who plays at number 8, trained with the England squad at Bromsgrove School during March and then plays in a warm-up fixture against Worcester U19 team at the beginning of April, before playing Ireland Clubs U18s at Ashbourne RFC, near Dublin.

Head boy Hugo is the first member of the school to be selected to play for the England rugby union team since 1989. He captains GSAL’s 1st XV rugby side and has also captained the Yorkshire U18 team over the last two seasons.

He represented Leeds Carnegie in their U19 team when they played against Leicester Tigers and was named in the Rugby World magazine All Stars XV for performance in the Christmas term 2010.