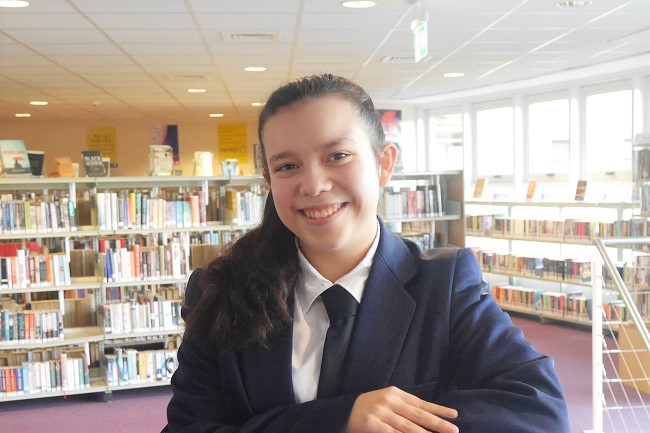 The European Day of Languages (EDoL) last September inspired many students at The Grammar School at Leeds (GSAL) to test their language skills in a nationwide creative writing competition, with prize winners recently announced.

The Association for Language Learning (ALL) invited entries from students across the country in year groups from Reception to Sixth Form, on the theme ‘A Magical Trip’, written in languages that they are learning at school.

GSAL students in Years 8 to 11 submitted written work of such a high calibre that the judges gave the school a commendation on the overall quality of the entries. In addition, two individual students won prizes for their entries.

Writing in Spanish, Lilian Turner, Year 11, was a prize winner in the key stage 4 category for her story which journeyed through the mind of her heroine Liliana. Exploring Liliana’s imagination gave Lilian scope to use Spanish words she never thought she would need, and enabled her to find deeper meaning in her story by developing the character’s emotions.

Lilian said: “I’m over the moon to have won, but I also just loved the experience of testing my writing skills in another language and creating Liliana and the world inside her mind to which she could escape; her own refuge from reality. She’s a character I intend to keep writing with in the future.”

Year 8 student Claire Zhou earned a commendation as a runner up, having been picked from hundreds of key stage 3 entries for the quality of her writing in Spanish, her presentation and her inventive ideas.

Katie Spicer, Operations Manager at Les Puces Ltd, was on ALL’s judging panel. She said: “In our ever-globalising society, it is increasingly important for young people to enjoy expressing themselves diversely, and it is competitions like this that will lift the status of languages from primary school right through to the final days of Year 13. I’d recommend it to all schools and look forward to reading all of the entries next year!”