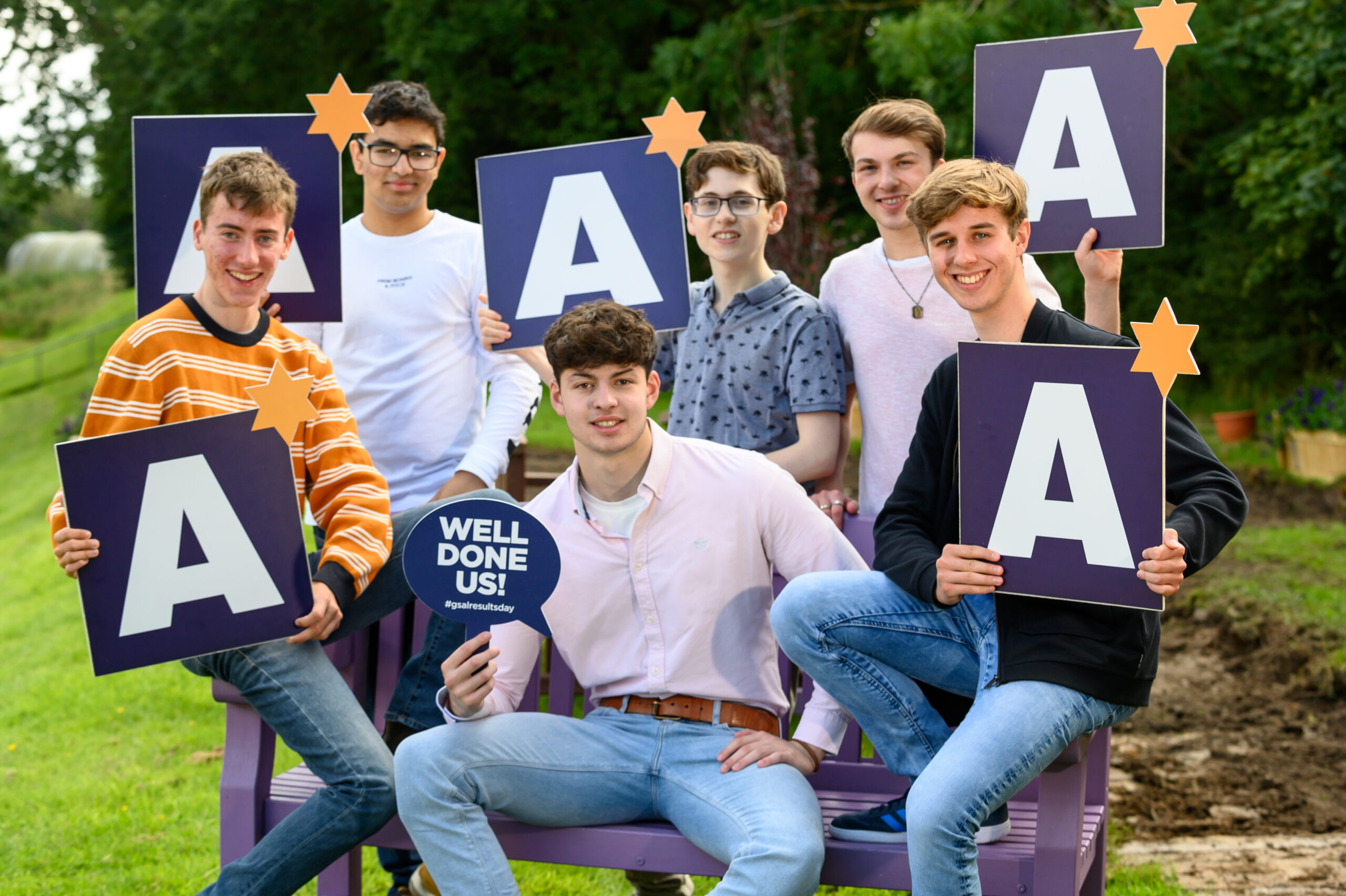 The students are celebrating a haul of 26 straight A*s to secure their places at colleges at Oxford and Cambridge.

Pictured:  Celebrating getting to Oxbridge are back (L-R): Ayushman, Jake, and Tom; front (L-R): James, Oliver and Ben