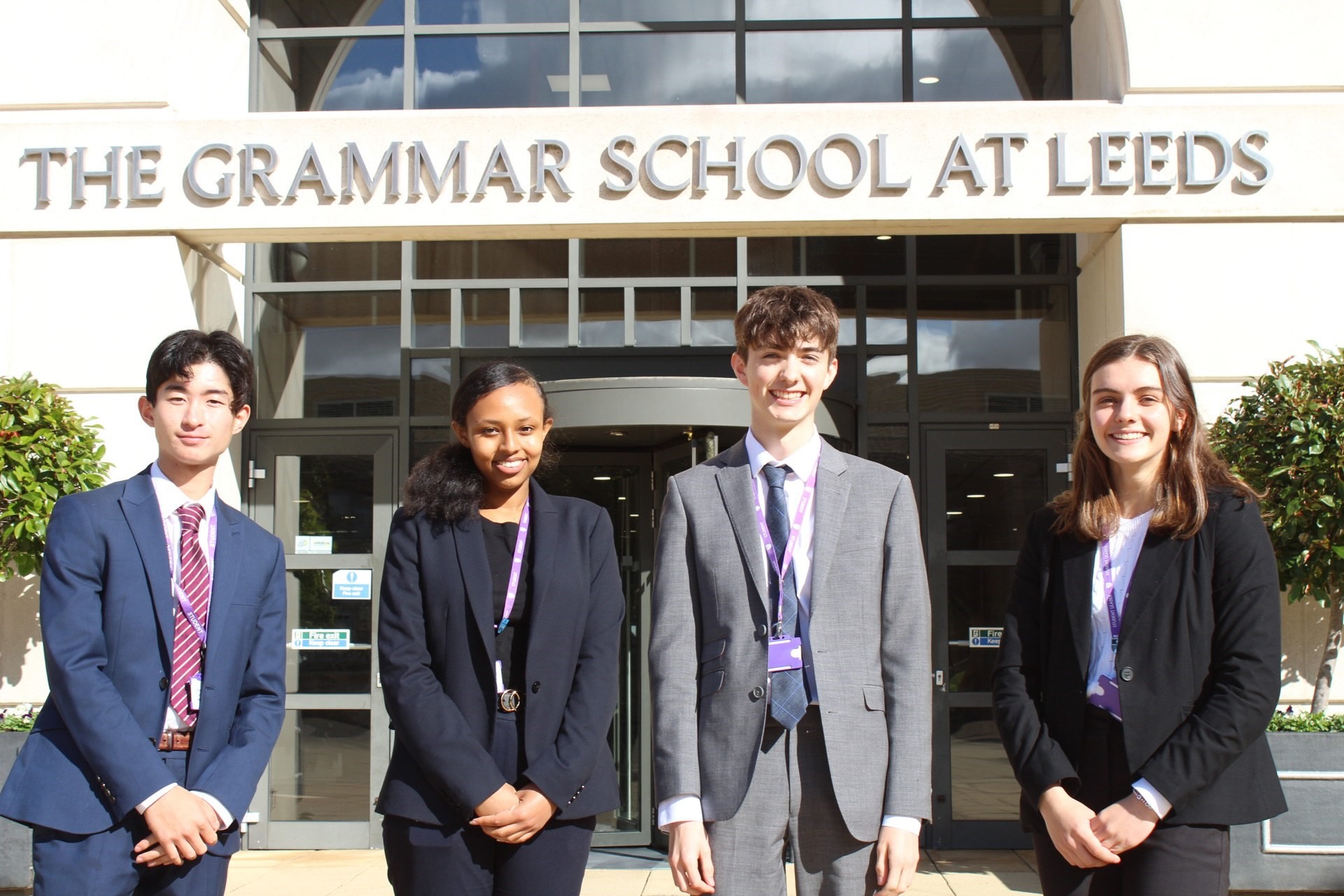 Despite Covid restrictions last summer disrupting their handover, GSAL’s new student leadership team have now taken up the reigns in earnest and are brimming with ideas.

The incoming team of Lihem, Isabelle, Daniel and James all have different experiences and interests. However, they are united by a common goal: to amplify the student voice.

As well as being involved in facilitating good communication between staff and students, their responsibilities include representing the school at events and assisting with new student inductions. They head up a sixth form team of school prefects, faith leaders, faculty leaders and house captains.

Lihem joined the school in Year 12 from Corpus Christi Catholic College after being awarded one of GSAL’s bursaries. Lihem says her different perspective means she can contribute fresh ideas and advocate for new students. As a member of UPSoc, the school’s equality and diversity society, she’s also keen to champion diversity and inclusion.

Isabelle attended St Mary’s C of E Primary School before joining the senior school in Year 7. She is a talented netball player and has just been selected for England’s Under-19s Academy. Alongside her sport and academic work, Isabelle intends to spend the year supporting students across the school. She says, “I want to interact with all the year groups and find out how we can make the school experience a bit better for everyone.”

A keen debater, Daniel takes on his new role eager to work with the prefects and school leaders to build a supportive and effective team. Daniel, who came to GSAL in Year 7 from Froebelian School, was motivated to apply for the leadership role to further open channels of communication.

James, who joined the senior school from Wigton Moor Primary School, has similar views. He says, “Communication is key for the happiness of the school, and we all wish to act as the bridge between students and staff.” Outside of the classroom, James loves music and has played the trumpet in many of GSAL’s bands and orchestras.

As a group, they are looking forward to a productive year ahead. Daniel adds, “We are enjoying working with all the student leaders, but also as a team of four.”