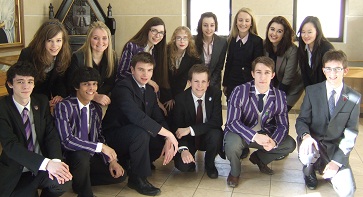 Congratulations to fifteen sixth form students from The Grammar School at Leeds (GSAL) who have received conditional offers from the Universities of Oxford and Cambridge.

Prospective law student Isabella Buono said, “I’m delighted to have received the offer, which was helped by excellent guidance from GSAL throughout the application process. Academically I’ve had lots of support as well as encouragement to enhance my studies which enabled me to set up a sixth form Law Society.”

In addition two former GSAL students who took their A levels last year are Oxbridge bound in September. Venkat Kondrugunta has a place to study economics and management at Brasenose College, Oxford and George Longworth will read history at Queens’ College, Cambridge.

This continues GSAL’s strong record of Oxbridge admissions – last year all 12 Upper Sixth students who received Oxbridge offers met the terms of their offer. Figures released to Parliament this week reveal that GSAL is top in Yorkshire for progression to Oxbridge – one of just three Yorkshire schools in the national top 100.