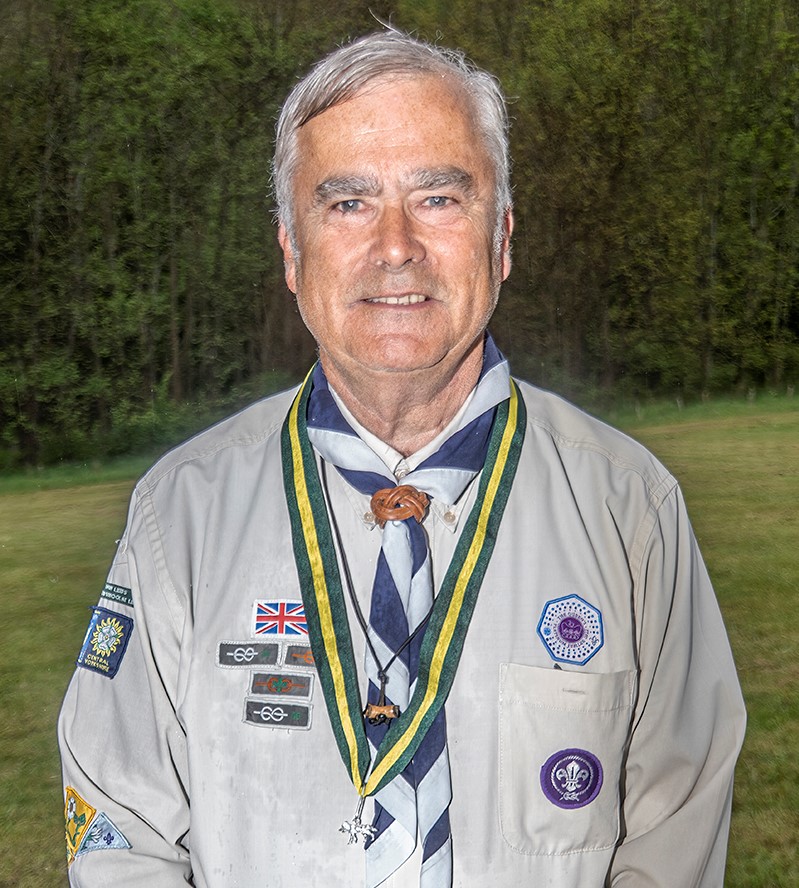 Long-serving Scout leader Alan Naylor, who lives in Ilkley, has been presented with the Silver Wolf, the Scout Association’s highest accolade for exceptional service.

Alan, who has been a leader at 10th North Leeds GSAL Scout Group for nearly 50 years, was presented with his award by County Commissioner Carol Milburn on behalf of the Chief Scout, Bear Grylls at a special ceremony at The Grammar School at Leeds’ (GSAL) Scout campsite earlier this month.

He said: “I feel very proud of what I have achieved, but you don’t do these things on your own. There have been many young people and leaders who have worked with me over the years.”

Alan has been involved in Scouting at the school since he was a pupil at Leeds Grammar School. He left the school in 1972 and then returned as a geography teacher from 1977-2009 and was the head of outdoor education from 2009 until he retired in 2014. He has been involved in Scouts ever since first joining the movement as an 11-year-old and was given an award for 40 years of service. As well as GSAL Group Scout Leader, he has served as the Explorer Scout Leader since 2009.

The Chief Scout awards the prestigious Silver Wolf to a select few long-serving leaders ‘for services of the most exceptional character’. Alan received a small silver wolf suspended on a dark green and yellow ribbon, along with a certificate.

The presentation on 6 May 6 at GSAL’s scout campsite was attended by over one hundred current and former Scouts, Explorer Scouts, fellow leaders, alumni, staff and parents. Next year Alan will be invited to a day of celebration at Windsor Castle which will include a Queen’s Scout parade and presentation.

Last year The Grammar School at Leeds celebrated 100 years of Scouting at the school and its predecessor, Leeds Grammar School. Through the years Alan has led hundreds of Scouts on overseas trips, summer camps and fantastic outdoor adventures. Many former and current Scouts have expressed their heart-felt thanks for his hard work, dedication and service.

He said: “Scouting is about skills for life. It helps children gain self-confidence, the ability to work with others in teams and leadership responsibilities. It teaches them social skills and they can develop friendships for life.”

Alan was also featured in the Ilkley Gazette, the Wharfedale Observer and the Yorkshire Evening Post.